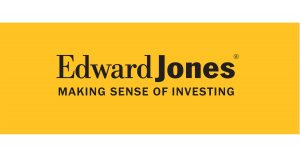 About William Hagen:
www.williamhagen.comWilliam Hagen has performed as soloist, recitalist, and chamber musician across the United States, Europe, and Asia. This season, William performs with orchestras across the United States, including his debut with the Chicago Symphony Orchestra at the Ravinia Festival, and performs recitals and chamber music around the United States, England, France, and Spain.The 18-19 season included his debut with the Detroit Symphony Orchestra, and appearances at the Louvre in Paris and other venues around Europe.

A native of Salt Lake City, Utah, William began playing the violin at the age of 4. He has studied with Itzhak Perlman at the Juilliard School, Christian Tetzlaff at the Kronberg Academy, and was a longtime student of Robert Lipsett, studying with Mr. Lipsett both at the Colburn Community School of Performing Arts and at the Colburn Conservatory of Music. In 2015, William won 3rd prize at the Queen Elisabeth Competition in Brussels, one of the highest-ranking Americans in the competition’s history.

23 year-old pianist Albert Cano Smit was awarded First Prize at the 2017 Walter W. Naumburg Piano Competition and also  at the 2019 Young Concert Artists International Auditions. He has performed as soloist and chamber musician across Europe, America and Asia, and has been praised for playing “with the maturity of someone three times his age” (CBC Music), for his “dazzling technical and emotional dexterity and musicianship” (DNA) and “a superb musician has spoken” (Le Devoir).

The following season’s highlights include his recital debut at Carnegie Hall, appearances at the Wissembourg Festival, Rheingau Musik-Festival, a recital tour of Spain featuring the world premiere of Miquel Oliu’s preludes, further collaborations with Will Hagen across Germany and the US, collaborations with flutist Anthony Trionfo as well as his recital debuts at L’Auditori de Barcelona, Herbst Theatre in San Francisco,  Fondation Louis Vuitton in Paris, Bravo! Vail in Colorado and concerto debuts with the San Diego Symphony Orchestra, OBC, and Las Vegas Philharmonic.

His recital appearances have taken him to such prestigious venues as the the Bozar’s Henry Le Boeuf Hall in Brussels, the Maison Symphonique in Montreal, the Palau de la Musica in Barcelona, the Bridgewater Hall in Manchester, Royce Hall in Los Angeles, the Teatros del Canal in Madrid, the Palacio de Festivales in Santander, the Espai Ter in Torroella, amongst others. As a soloist he has performed with the Orchestre Symphonique de Montreal, the Manchester Camerata, the Nottingham Youth Orchestra, and the American Youth Symphony.